2016 ushered in a standardized network year

2016, the webcast more fire. In the first half, China has 320 million Internet users watched live. “Did you watch the live broadcast today?” – become a high frequency word for young people to chat with.
But behind the webcast fire, some vulgar, vulgar content from time to time, will be broadcast into the whirlpool of public opinion. Official to take a series of regulatory measures, the development of the broadcast industry has entered a new chapter. 2017, the industry will usher in a new inflection point.
Why live so fire?

Anchor and experts see this

The earliest in the live game broadcast live show, then rise, and spread of electricity, real-time news, cooking show and other vertical areas live in 2016 began to emerge. According to the China Internet Network Information Center released data show that as of the first half of 2016, nearly half of Internet users had watched the webcast, the user reached 320 million.

Why live hot, a media company signing artists anchorwoman Sheng Ning (a pseudonym) believes that with the development of the Internet, people’s online entertainment is becoming more diverse, live simple direct, real-time interaction is one of the indispensable mode, many users are willing to try.
Sheng Ning is now a sophomore student read, to catch up with this wave of live wave, has been transformed into a net red, signing a media company. Go to school in the morning, the afternoon is generally recorded programs, the rest of the time to live.” This is her day arrangement, 17 evening around 10, after the reporter finished her interview, she said, there is a live waiting for her in the evening, the time is very tight.

Deputy director of the research center of China University of Political Science and Law said communication law Zhu Wei told Beijing interview, “live fire, not only is the Internet users need, show the expression at the same time, broadcast also meets the viewer’s desire to live with; and micro business, the rapid development of.” 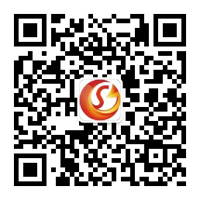